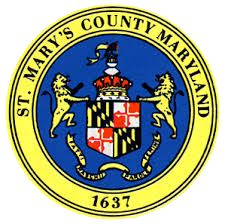 LEONARDTOWN, MD - The St. Mary’s County Recreation and Parks Museum Division, in partnership with the Equal Justice Initiative, will host a historic marker unveiling ceremony of justice and equity at 4 p.m. at the Old Jail Museum in Leonardtown. The public is invited to attend this event Monday, Nov. 1, 2021, Maryland Emancipation Day, when

In 1887, Benjamin Hance, a young African American man, was arrested on May 27 in Leonardtown and taken to the Old Jail. A mob broke in on the night of June 17, held the jailkeeper at gunpoint, and removed Mr. Hance from his cell after breaking down the door. They carried him to a site just out of town (now occupied by the Port of Leonardtown Winery and park) and proceeded to hang him from a witch hazel tree. An ensuing inquiry into the lynching failed to identify or convict members of the alleged mob of any crimes, and the case was subsequently dismissed, justice having not been rendered.

To bring light to this injustice and promote healing and justice for the future, the St. Mary’s County Museum Division has been partnering with the Big Conversation Partnership on Dismantling Racism in Southern Maryland and the Equal Justice Initiative on the Community Remembrance Project. In November 2019, the Division and partners held a Soil Collection Ceremony at the location where Hance was said to have died. Following the Soil Collection Ceremony, the partner groups sent one jar of soil to the National Memorial for Peace & Justice in Montgomery, Alabama. A second jar is now on display and an exhibit at the Old Jail Museum in Leonardtown, in the very cell where Hance was held. Admission is free to the museum, where visitors can come daily and learn more.

The next step in the remembrance of Mr. Hance is to establish a historical marker about his story, which will be erected on the grounds of the Old Jail Museum and unveiled to the public Nov. 1, 2021. The marker will be two-sided and traditional blue with yellow letters. One side will tell Mr. Hance’s story; the other will be a statement about racial justice. A reception will follow the ceremony.

Karen Stone, Manager of the St. Mary’s County Museum Division, explains the importance of the day: “Mr. Hance’s story is not an easy one to hear. But we do these things to remember, respect, and honor a man who should not have lost his life in the way he did. Mr. Hance deserved justice; he deserved a trial; he deserved what he never got. By bringing light to this difficult story, we memorialize Mr. Hance and all those who suffered similar fates with hope for a better future.”

For more information regarding the progress of this project, please visit Facebook.com/TheOldJailMuseum or contact Ms. Stone at 301-769-3235.