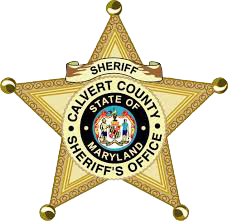 On November 7, 2022, Deputy Huy responded to the 1800 block of Bright Lane in Owings, for the report of property destruction. The complainant advised a window on the side of the victim’s house had been broken out. Two panes of the window and shards of glass were observed scattered across the room. The estimated value of the damaged property is $500.00.

On November 10, 2022, Deputy DeSantis responded to the 7700 block of Old Bayside Road in Chesapeake Beach, for the report of property destruction. Investigation revealed an upstairs bedroom window and a shed had been shot with a BB gun. The estimated value of the damaged property is $500.00.

On November 7, 2022, Deputy R. Jones responded to the 7-Eleven located at 15 N. Solomons Island Road in Prince Frederick, for the report of a suspicious person. The complainant advised a male was sitting outside the business acting strange. Contact was made with David Peter Lambert, 51 of Huntingtown, who had been trespassed from the establishment. Lambert was placed under arrest for Trespassing: Public Property.

On November 9, 2022, Deputy Murphy initiated a traffic stop in the area of S Solomons Island Road in the area of Sweetwater Road in Lusby, for a traffic violation. Upon making contact with the driver, Devin Lamonte Hudson, 31 of Atlanta, GA, the odor of raw marijuana was emitting from the vehicle. A vehicle search revealed a jar of raw marijuana (1 gram). Further investigation revealed, Hudson was in possession of a loaded handgun and ammunition. Hudson was transported to the Calvert County Detention Center where he was charged with Loaded Handgun in a Vehicle and Handgun in a Vehicle.

On November 10, 2022, Deputy McCourt responded to the 300 block of Dew Drop Lane in Prince Frederick, for the reported stolen vehicle. While responding to the scene, Deputy McCourt observed a vehicle matching the description traveling on Seagull Beach Road. Deputy McCourt initiated a traffic stop, but the suspect vehicle failed to comply and continued to flee through the neighborhood refusing to stop. During the pursuit, Deputy Daily approached the suspect, Brandon William Cobb, 31 of Prince Frederick, and ordered him out of the vehicle. Cobb refused to comply with multiple verbal commands. Cobb was eventually placed into police custody and transported to the Calvert County Detention Center where he was charged with Unlawful Taking of a Motor Vehicle, Resisting/Interfering with Arrest, Obstructing and Hindering, Failure to Obey a Reasonable/Lawful Order, Theft: $25,000 to Under $100,000 and other traffic related charges.

On November 12, 2022, Cpl. Jacobs responded to the Market Square Shopping Center in Prince Frederick, for the reported trespassing. Contact was made with Robert Allen Rice, 56 of no fixed address, who had been indefinitely trespassed from the property. Rice was placed under arrest and transported to the Calvert County Detention Center where he was charged with Trespassing.

On November 12, 2022, Deputy Strong responded to the 11700 block of HG Trueman Road in Lusby, for the report of trespassing. Investigation revealed a male subject who initially provided a false name to deputies, later identified as William Alexander Sledge, 65 of no fixed address, was trespassing on the property with two active warrants. A search of Sledge’s person incident to arrest revealed four Suboxone strips. Sledge was transported to the Calvert County Detention Center where he was charged with Trespass: Private Property, False Statement to Peace Officer, and CDS: Possession-Not Cannabis.