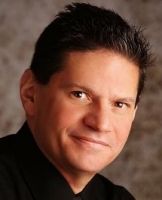 Psycho Goreman (2020): After unearthing a gem that controls an evil monster looking to destroy the Universe, a young girl and her brother use it to make him do their bidding.
Stars: Matthew Ninaber, Kristen MacCulloch, Rick Amsbury. Prime Video

The Marksman (2021): A rancher on the Arizona border becomes the unlikely defender of a young Mexican boy desperately fleeing the cartel assassins who've pursued him into the U.S. Stars: Katheryn Winnick, Liam Neeson, Teresa Ruiz. In select theaters.

Outside the Wire (2021):In the near future, a drone pilot sent into a war zone finds himself paired with a top-secret android officer on a mission to stop a nuclear attack.
Stars: Anthony Mackie, Emily Beecham, Pilou Asbæk. Netflix

One Night in Miami (2020): One Night in Miami is a fictional account of one incredible night where icons Muhammad Ali, Malcolm X, Sam Cooke, and Jim Brown gathered discussing their roles in the civil rights movement and cultural upheaval of the 60s. Stars: Kingsley Ben-Adir, Eli Goree, Aldis Hodge. Prime Video

WandaVision: Blends the style of classic sitcoms with the MCU in which Wanda Maximoff and Vision -two super-powered beings living their ideal suburban lives-begin to suspect that everything is not as it seems. Stars: Paul Bettany, Elizabeth Olsen, Kat Dennings. Disney+

Monster Hunter (2020): When Lt. Artemis and her loyal soldiers are transported to a new world, they engage in a desperate battle for survival against enormous enemies with incredible powers. Feature film based on the video game by Capcom. Stars: Milla Jovovich, Tony Jaa, T.I. In select theaters.

The Croods: A New Age (2020)
The prehistoric family the Croods are challenged by a rival family the Bettermans, who claim to be better and more evolved. Stars: Nicolas Cage, Emma Stone, Ryan Reynolds. In select theaters.

Grandmothered: A young and unskilled fairy godmother ventures out on her own to prove her worth by tracking down a young girl whose request for help was ignored. Stars: Isla Fisher, Jillian Bell, Santiago Cabrera. Disney+

Sound of Metal: A heavy-metal drummer's life is thrown into freefall when he begins to lose his hearing. Stars: Riz Ahmed, Olivia Cooke, Paul Raci. Select theaters and on demand

Chick Fight: When Anna Wyncomb is introduced to an underground, all-female fight club in order to turn the mess of her life around, she discovers she is much more personally connected to the history of the club than she could ever imagine. Stars: Bella Thorne, Malin Akerman, Alec Baldwin. See it in select theaters.

Freaky: After swapping bodies with a deranged serial killer, a young girl in high school discovers she has less than 24 hours before the change becomes permanent. Stars: Kathryn Newton, Vince Vaughn, Alan Ruck. See it in select theaters

Let Him Go: A retired sheriff and his wife, grieving over the death of their son, set out to find their only grandson.  Stars: Diane Lane, Kevin Costner, Lesley Manville. Select theaters and Video on Demand.

Jungleland: Two brothers try to escape their circumstances by travelling across the country for a no holds barred boxing match that becomes a fight for their lives. Stars: Charlie Hunnam, Jonathan Majors, Jack O'Connel. Video on demand.

Mandalorian: (It's Back) The travels of a lone bounty hunter in the outer reaches of the galaxy, far from the authority of the New Republic. Stars: Pedro Pascal, Carl Weathers, Gina Carano. Disney+

The Kid Detective: A once-celebrated kid detective, now 32, continues to solve the same trivial mysteries between hangovers and bouts of self-pity. Until a naive client brings him his first 'adult' case, to find out who brutally murdered her boyfriend. Stars: Adam Brody, Sophie Nélisse, Sarah Sutherland. Video on Demand and select theaters.

5. Silence of the Lambs

2. Happy Birthday To Me 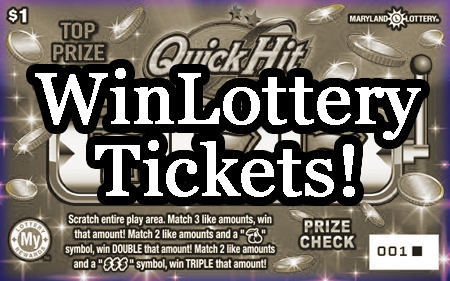